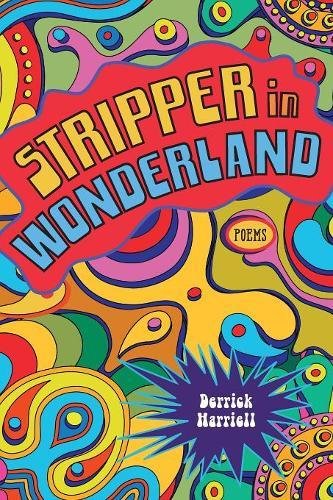 By Derrick Harriell, assistant professor of English and African American Studies and director of the Master of Fine Arts English program at the University of Mississippi

The percussive poems of Stripper in Wonderland move from birth to death, funk to hip-hop, and racism to religion as Derrick Harriell explores the life of a modern black man transplanted from the American Midwest to the Deep South.

Harriell summons the ghosts of the past as he deals with the realities of the present. He carefully winds images and words together to produce powerful, often graphic, poems that inform our view of one another as they punch through our assumptions.

Praise for Stripper in Wonderland

“There’s a smell in the strip club—bottom-shelf liquor cut through with electric current. There’s a sound—a tangle of mumbled glee and regret, hissed falsehoods, souring sweat, and the dull ache of push-buttoned drum. The whole of it sticks to your hands and the soles of your feet. The strip club is where the large life is dimly lived. In these revelatory stanzas, the poet puts us squarely on the business side of the door to witness the unrelenting strut of glitter and manufactured glee. And brilliantly, as these stanzas move out past the world he’s so deftly conjured, a glitter drifts down over it all. The poet’s job is to make us remember the loud lies pretty things tell. Here, Derrick Harriell does his job.”—Patricia Smith, author of Gotta Go, Gotta Flow

“It’s apt that Derrick Harriell’s melodious collection of poems, Stripper in Wonderland, begins with a declaration of love from T-Pain. Like the Auto-Tuned crooner, these poems are steeped in heady music—+of molly and alcohol-driven nights, of lost and future loves, of making it rain and where the paper comes from. Harriell writes with the kind of emotional and lyric intensity of a slow jam and he uses that lyricism to untangle and dismantle the performances of sexuality, gender, and addiction that surround us all.”—Adrian Matejka, author of The Big Smoke

“Derrick Harriell wrestles with love, fatherhood, the American Southland, and the brittled, tender bruises of black masculinity in this pimp-walked odyssey of a book. With a roll of dollar bills in one hand, a poem in the other, and his mouth fixed for forgiveness against terrible odds, Harriell’s vision shines through like a strobe light, bringing us flashes of light before reminding us how to live through the dark.”—Tyehimba Jess, author of leadbelly and Olio

Originally from Milwaukee, Wisconsin, Derrick Harriell’s poems have appeared in various literary journals, anthologies, and he is the author of two previous poetry collections. Harriell also received the 2014 Poetry Award from the Mississippi Institute of Arts and Letters.