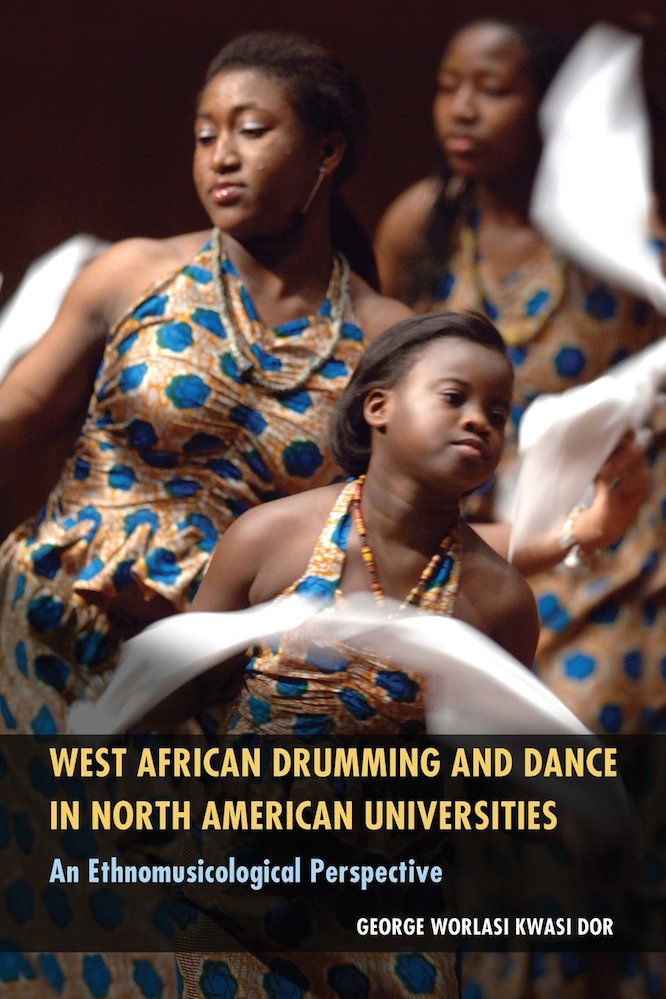 Characterized by vibrant rhythms, expressive movement and meaningful storytelling, West African dance drumming has developed through the years into an important campus subculture at universities where this music genre has been embraced.

Dor, an associate professor of music at the University of Mississippi, explores the history, differences and impact of performance courses on African ethnic dance drumming across the U.S. and Canada in “West African Drumming and Dance in North American Universities: An Ethnomusicological Perspective” (University Press of Mississippi, 2014). Through a faculty research fellowship, Dor was able to travel to several schools to study some of the most renowned West African dance-and-drum ensembles, including those at UCLA, University of California at Berkeley, Wesleyan University, Pittsburgh, Tufts and the University of Toronto.

His book also covers the creation of UM’s own African Drum and Dance Ensemble, known as OMADDE, and the key players who helped Dor’s planted seed come into fruition.

In 2003, after the university acquired several carved Ghanaian drums, Dor founded the first African dance ensemble in Mississippi. Through his direction, the OMADDE is able to bring Dor’s interest of African music study and message of love to Oxford.

“In our own way, we are advocates,” Dor said. “We are preaching the message of love, of diversity and multiculturalism on campus.”

The OMADDE concerts have provided engaging experiences with African culture to Ole Miss and the surrounding area for years, said Robert Riggs, UM chair and professor of music.

“Dor was ideally qualified to write this book, because he could draw both on his own practical experience as well as on his background as a widely published scholar of African music,” Riggs said. “I anticipate that his book will be received as a major contribution to a field that is of increasing importance on American campuses.”

Dor, who is originally from Ghana, emphasizes the dance traditions of his homeland in his teaching.

“Africa is so vast,” Dor said. “People tend to view Africa in a monolithic manner, whereas a single African nation-state has several ethnic groups. I come from Ghana, where the major traditions are Akan, Ewe, Ga.”

One of the songs that OMADDE has performed, called “Let’s Move on to Our Destination,” has a subtle, yet poignant message in its lyrics:

“We’ve come so far, but because of human nature, we will make mistakes. But we will correct ourselves with and in love. Let us zoom ahead because we are pretty close to the destination.”

African Music and Dance is offered in the music department as a credit-earning course. And throughout the years, many students from different backgrounds and countries have participated in the ensemble, as well as faculty and others in the Oxford community.

“George and other ethnomusicology scholars like him have taken this genre of music and ‘transcontinentalized’ it for our western appreciation and enjoyment,” said Donald Cole, assistant provost and assistant to the chancellor for multicultural affairs. “George’s text serves as part of a diversity manuscript that he directs us through at the University of Mississippi. He brings this text alive in concerts held on campus. There, the theory meets the practice and one enjoys a total appreciation of West African drumming and dance.”

Dor hopes that the book not only serves as a model where African drum and dance ensembles can learn from one another, but as a tool to create awareness and garner greater support.

“There is a tendency here to emphasize only western music and traditions,” Dor noted. “African drumming and dance has been going on for over 50 years in the U.S. and Canada, but I am the first to write about this genre.

“I’m dreaming of a time where we will all see the importance of this. The ensemble is proof that diversity can be performed, as may be evident in the composition of the ensemble, participation of the audience dancing on stage or the message of songs.”