The Sarah Isom Center for Women and Gender Studies has awarded grants to six University of Mississippi faculty members for their ongoing research and academic efforts in the areas of gender and sexuality.The recipients – Yvette Butler, Jaye Davidson, Tyler Gillespie, Owen Hyman, Diane Marting and Joseph Wellman – are the newest cohort of the center’s Isom Fellows program, which encourages interdisciplinary research and collaboration between researchers across schools on campus.

“We love being able to support the important research, but it also gives us the opportunity to meet those folks and build networks between them,” said Jaime Harker, the center’s director. “The fellowship serves as a way to look across the entire university and see connections, and it’s a great opportunity for me and everyone else to reach out and see the bigger picture.”

The fellowship is a two-year program in which fellows get $4,500 a year for two years in support of the research project they submitted in their fellowship application. They also have opportunities to coordinate with the center to plan lectures, events and even cross-listed courses.

Yvette Butler, assistant professor of law, is interested in the legal impact that terms such as “modern day slavery” have on the way victims of sex and labor trafficking are treated, as well as how the crimes of their traffickers are prosecuted.

Butler said she hopes to shed light on the question of whether the terminology is problematic because it minimizes the unique experience of chattel slavery and the sexual exploitation of black women therein or if it’s honest because certain types of human trafficking mirror chattel slavery.

“Regardless of the answer, I think the exploration is necessary, given the increased public attention and legislative action on anti-trafficking policy,” she said. “There are countless invaluable lessons to be learned from those who have often been pushed to the margins by society.” 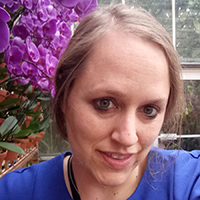 Jaye Sarah Davidson, assistant professor of film production, wrote, directed and produced the short film “Lady Edison,” about inventor Margaret Knight and the 1868 intellectual property battle over her invention of a machine that makes flat-bottomed paper bags. Davidson is using her fellowship to write a feature-length screenplay about Knight’s life.

This particular story is interesting because it is a foundational intellectual property case, but it also deals with gender and class in the workplace – all centered around the invention of something as ubiquitous as the paper bag, Davidson said.

“It’s important to talk about women inventors because I don’t think people appreciate inventors in general,” she said. “My hope is to give a female genius of history her own legacy.” 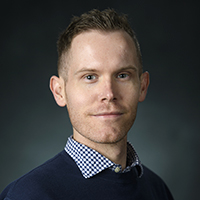 Tyler Gillespie, instructor of writing and rhetoric, is exploring how communities form an identity around unpublished communal writing such as journals, letters and notes.

“I found community through writing and I found myself through writing,” Gillespie said. “So I’m interested in how writing, and these kinds of texts, can help with self-identity and how people create community ideates.

“And I grew up as a gay person in Florida, so to me, this is a way to give back to my community – by capturing the stories and oral histories of these communities as folks grow older.”

Gillespie hopes to turn his research into a portion of the book he is writing, as well as to use the findings to develop a class on queer rhetoric and methodology. 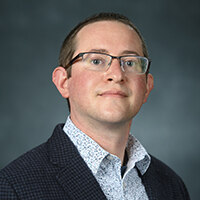 “I am interested in landownership as a pathway to economic autonomy and political power – and as a form of resistance to gendered and racial violence,” Hyman said. “We need their insight today because economic inequality remains rooted in the discriminatory decisions we’ve made about land and land use since the Civil War.”

Hyman plans to use the research to complete his book, which argues that Gulf Coast lumber companies destroyed the forests that Black land owners relied on for their livelihood and well-being. 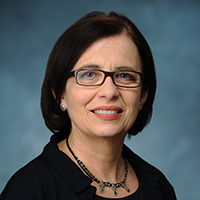 Diane Marting, associate professor of Spanish, plans to examine films about the children and babies who disappeared in the 1970s and ’80s in Argentina, and specifically the issues of justice and reproduction in those films.

“It is important to have a program like the Isom Fellowship program, not only to support intellectual and academic work that addresses interdisciplinary artistic expression, but also so that lack of justice portrayed in these films can be seen more clearly than before and perhaps redressed in some fashion in the now and the tomorrow,” Marting said.

Marting plans to produce an essay for the Handbook of Reproductive Justice and Literature on the topic, and plans to propose a 600-level course studying gender and literature in Spanish. 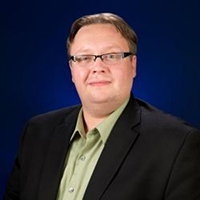 Joseph Wellman, assistant professor of social psychology, is studying how individuals respond to claims of sexism, particularly how intersecting identities and in-group-out-group dynamics affect those responses.

“These intersectional differences in how we perceive and respond to sexism claims based on race may lead to less-than-ideal outcomes for minority women,” Wellman said. “And there is a gap in the literature because often in experimentation, we try to isolate race from gender and thus we do not always examine the intersection.”

Wellman plans to present his research at the annual meeting for the Society for Personality and Social Psychology and submit it for journal publication.

Visit the Isom Center website for more information on the fellows program, past fellows and future application deadlines.