Patrick Alexander is university’s teacher of the year 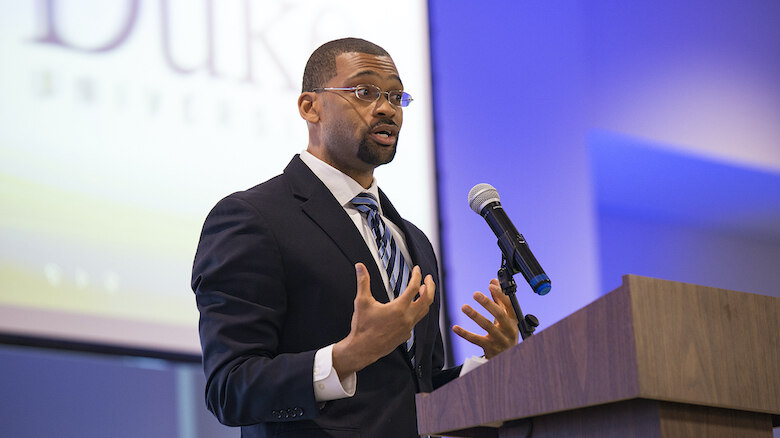 Patrick Alexander, associate professor of English and African American Studies at the University of Mississippi, has been named the recipient of the 2021 Elsie M. Hood Outstanding Teacher Award. Photo by Christian Johnson/Ole Miss Digital Imaging Services

Patrick Alexander, associate professor of English and African American Studies, is the recipient of the 2021 Elsie M. Hood Outstanding Teacher Award at the University of Mississippi.

The honor – the highest bestowed on UM faculty who make a positive difference in the classroom – was announced Thursday evening (April 8) in The Pavilion at Ole Miss as part of the annual Honors Convocation.

“I was surprised and honored to receive this award,” said Alexander, who also was recipient of the 2020 Public Humanities Award for Educator from the Mississippi Humanities Council. “Teaching touches the mind and is transformative work. What students learn in the classroom will affect what they do with their lives.”

He is also co-founder and co-director of the Prison-to-College Pipeline Program, which brings college classes to incarcerated people.

The Elsie Hood selection committee comprises previous recipients, the university’s director of alumni affairs and a student representative. Chaired this year by John Young, associate professor of psychology and winner of the 2019 award, the committee solicited nominations from faculty, students and alumni.

The award was established in 1965, after the Faculty Senate proposed a program of recognition for superior teaching by assistant, associate and full professors. The winner receives a $5,000 prize along with an engraved plaque, and the honoree’s name is added to a permanent display of award winners in the J.D. Williams Library.

“Dr. Patrick Alexander is known as a devoted professor and an extraordinary champion for the value of higher education,” Chancellor Glenn Boyce said. “He has brought about meaningful change through his deep love of learning that he has shared with learning communities far and wide. 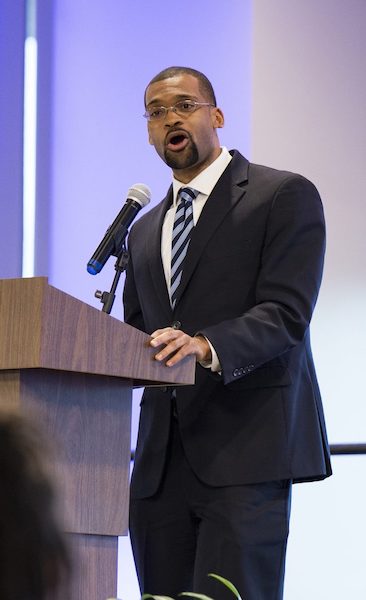 “An established scholar, he engages his students in a manner that is inspiring and empowering. We’re so grateful for the transformative impact he has on the lives of his students.”

Celebrated as an advocate for social justice nationwide, Alexander brings that perspective to the study of literature and is committed to teaching not only Ole Miss students but also imprisoned men at the Mississippi State Penitentiary. Also known as Parchman Farm because it was created on the model of a plantation, the prison opened in 1905 and was originally designated as one of two penitentiaries to incarcerate Black men in the state.

“I deeply enjoy teaching, and I appreciate the value of scholarly research,” said Alexander, who is the author of many articles in leading academic journals and the book “From Slave Ship to Supermax: Mass Incarceration, Prisoner Abuse, and the New Neo-Slave Novel” (Temple University Press, 2018).

His students praise his dedication to them.

“Dr. Alexander has tremendously impacted my life as a student,” wrote one student in a letter nominating Alexander for the award. “Thanks to his teaching and mentoring, I have learned the importance of empathy and caring in education, as well as how to challenge conventional wisdom.”

Another wrote, “He makes class and content both challenging and rewarding. As a student, I could tell he took special care to curate a purposeful and intentional experience for us.”

A native of Youngstown, Ohio, Alexander was raised by parents who prized learning.

“Growing up, my older brother and I had to do Black history reports and present them to the family one weekend day each month because Black history was all but absent from the classroom at my school, and I’d been upset about that. My mom, who’s a music teacher, told me, ‘Your learning doesn’t stop at the schoolhouse.’”

Alexander joined the UM faculty in 2012 directly after receiving his doctorate from Duke University, ranked among the top graduate programs for American literature in the country.

“Part of why I chose to be in this region is to be close to issues that matter most to me,” he said. “A lot of social justice work and social transformation work are possible here.”