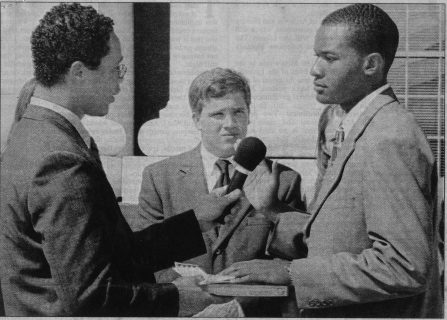 ATO INCIDENT
In 2001, two members of the fraternity Alpha Tau Omega display their costumes at a Halloween party. 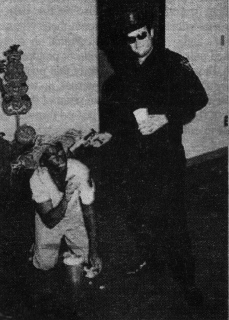 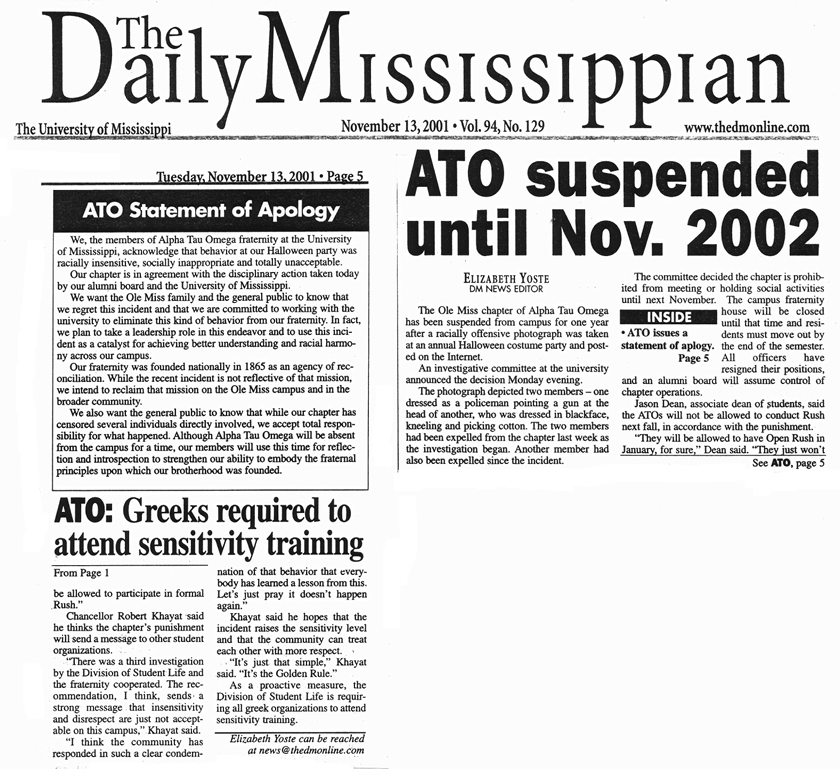 OPEN DOORS
The 2002–2003 academic year at the University of Mississippi was dedicated to the 40th anniversary of the integration of the University. In 1963, James Meredith became the first African American student to attend the University. In remembrance of the events of 1963 the university planned numerous discussions and events, Open Doors: 40 Years of Opportunity. 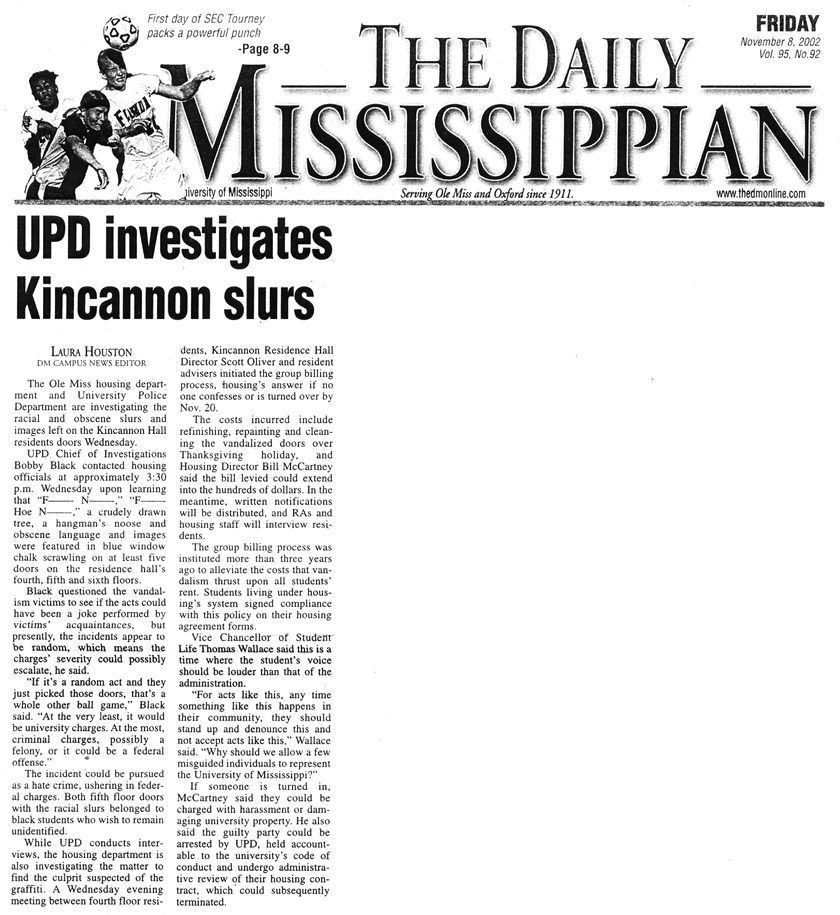 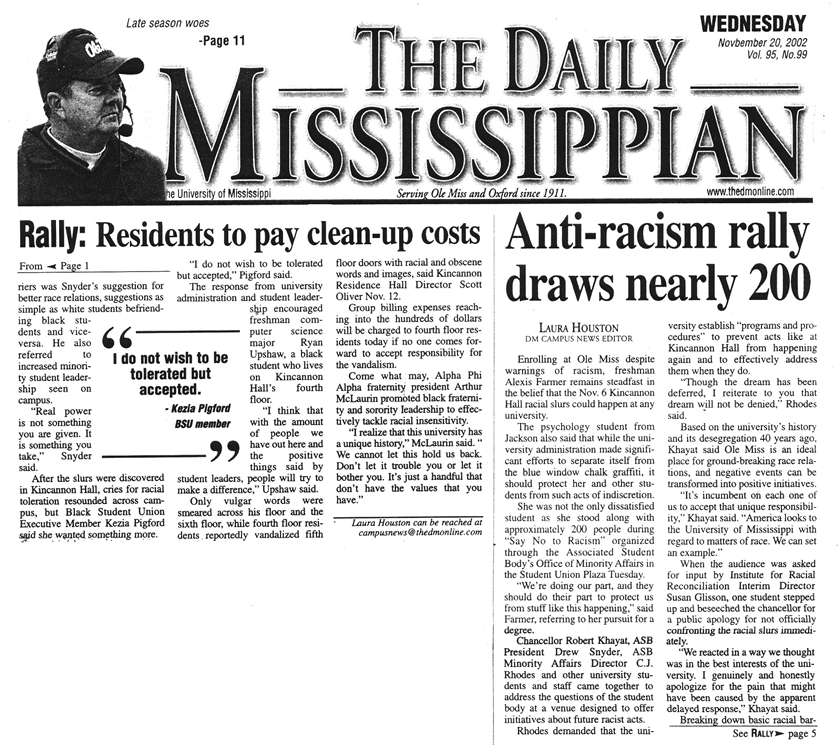 On Wednesday, November 6, 2002, university police were called to Kincannon Hall after racial slurs and offensive drawings were drawn on the doors of several residents. As a result of the incident, several meetings and rallies were held to address the incident, and by December, three African American students were charged with the incident.