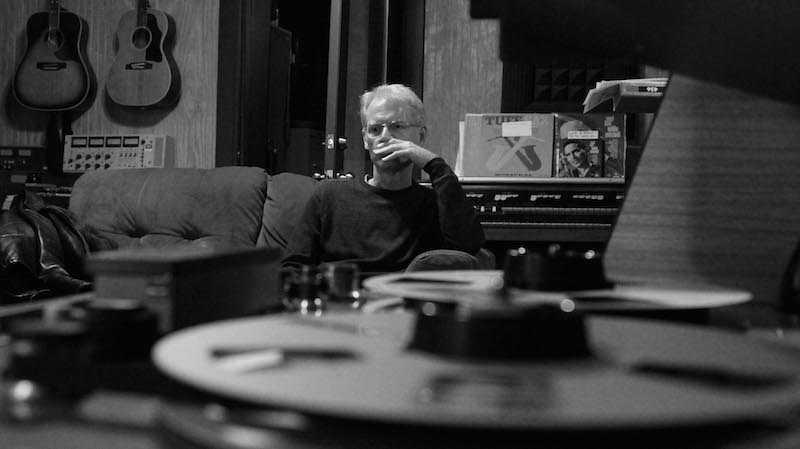 In the mastering room at the Dial Back Sound Recording Studio, the struggles of creation reverberate from the egg crate walls.

Those walls were engineered to deliver pure sounds to inspire musicians and remind them of reasons they came together and wrote songs, or why guitar riffs invoke emotions or why, for a solitary moment, the blues could be understood from the whistle of a harmonica.

Grooving through that mastering room was the duo Satan and Adam’s first studio session in 1990. It featured melodies developed on the streets of Harlem from two different cultures that combined to create a unified sound. The blues duo Satan and Adam still exists, although in a lesser capacity than the late 1980s and early ’90s.

More than 20 years later, Adam, or Adam Gussow, is an associate professor of English and Southern studies at the University of Mississippi.

“I’m fascinated by the way the blues is about the tension between old times and modernity,” Gussow said. “My own approach to the blues was shaped by the fact that I played with an unusual musician (Sterling Magee, aka Mr. Satan).”

His life experience has made him comfortable in any environment. His self-appointed charge, to maintain an honest dialogue about things such as race, encourages students to explore culture and differences with the hope they take something more out of it.

“I think college classrooms are one of the few places in our society where we can come together as a group of people and explore the more challenging aspects of what it means to be who we are,” Gussow said.

Opening the minds of students in a university classroom is not the only place to hear one of Gussow’s lessons. He remains a blues musician. He has many YouTube videos, in which he not only teaches blues harmonica to anyone in the world via the Internet, but he also teaches the culture behind the music. Gussow acts as a professor to all who know his name and want to share in his vast knowledge.

“If you are willing to be uncomfortable and authentic, you might end up, at the end of the process, less afraid and have more clarity about how you actually fit into the world, and how people around you are seeing themselves,” Gussow said.

Furthermore, his solo album, “Kick and Stomp,” released in 2010 and produced in Oxford, was recently picked up by United Kingdom recording studio Right Recordings. The label plans to distribute it throughout the UK and Europe.

So Gussow may get another chance to tour, and at 55 years old, he could become Britain’s latest “American Invasion.”